Cy has spent the better part of his life in courtrooms as a criminal defense lawyer. He humbly started a law practice in 1980, renting space from his accountant at $50.00 per month. Cy began his career conducting trials in Detroit’s Recorders Court and in the Metro Detroit Suburbs.

In 1995, and each year thereafter, Cy has achieved an AV rating by Martindale Hubbell and has earned a place in the Register off Preeminent Lawyers. His AV rating shows that he has reached the height of professional excellence, has practiced for many years and is recognized for the highest levels of skill and integrity by his peers. The list of Cy’s accomplishments and awards is impressive and unmatched:

Macomb County is Cy’s hometown and always been the location of his law practice. In 2010, Cy’s son, Matthew, joined the practice and they formed the Abdo Law Firm. They have experienced continued momentum in acquiring clients that approve of their brand of legal services. Matthew is a lawyer that has a resolve to win their cases, naturally fit into the firm and understand the commitment to a client/consumer based business model.

Cy believes that accomplishing excellent results means working efficiently and aggressively in the earliest stages of a criminal matter. This translates into finding opportunities and angles to resolve criminal cases efficiently and productively. Cy says that there are times when he adopts a philosophy to hit hard and fast to get a client out of the criminal justice system. In other cases, the focus may to take longer strides to get an improved result or prepare for trial. Here a few of Cy’s notable case results: 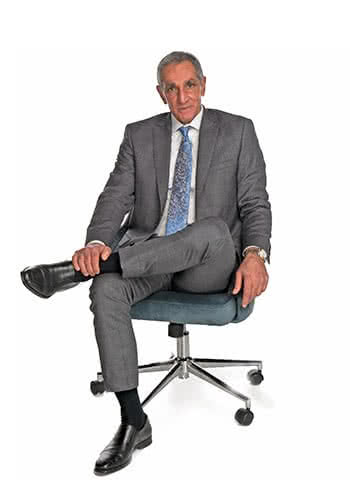