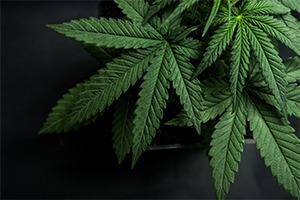 Across Michigan and America’s Mid-West, farms are being repurposed from growing fields of corn or soy to industrial hemp. What is colloquially known as hemp is bringing promising opportunities to farmers in Michigan due to its legalization in 2014 through the U.S. Farm Bill, which legalized commercial production of industrial hemp in all 50 states after being banned for almost 45 years.

What is Industrial Hemp?

Industrial hemp is Cannabis (Cannabis sativa L.) that has less than 0.3% THC, the psychoactive component. Hemp is cultivated to produce fiber, grain, biomass or non-intoxicating medicinal compounds such as cannabidiol (CBD). Unfortunately, some people remain unaware of the ancient truth that hemp is not a plant that “gets you high”. Diverse uses of hemp are discussed in further detail below.

Who Can Grow or Process Hemp in Michigan?

The Michigan Industrial Hemp Research and Development Act allows Michiganders to grow and cultivate hemp but requires registration and licensing of those who are interested in growing, processing, and handling hemp. Increased demand for hemp products and the development of CBD has led to pro-hemp legislation such as the 2014 and 2018 Farm Bills at the federal level. Michigan's Industrial Hemp Research and Development Act, further authorized Michiganders to grow and sell industrial hemp, so long as they’re registered, licensed, and conducting research in accordance with MDARD, the Michigan Department of Agriculture and Rural Development.

In February 2020, the United States Department of Agriculture released a report on the economic viability of industrial hemp in America through State pilot programs. Per the USDA’s report, U.S. industrial hemp acreage has increased from 0 in 2013 to over 90,000 acres in 2018, the largest U.S. hemp acreage since 146,200 acres grown in 1943. USDA’s February 2020 report discusses how hemp production in the U.S. has seen a resurgence in the last 5 years; yet it remains unclear whether consumer demand will meet supply. High prices for hemp, driven primarily by demand for use in producing CBD, relative to other crops, have driven increases in planting. Producer interest in hemp production is largely driven by the potential for high returns from sales of hemp flowers to be processed into CBD oil.

Whether you’re seeking in a license to grow hemp or sell hemp in Michigan, receiving a hemp license in Michigan has two general steps:

If you’re interested in growing or cultivating industrial hemp - download and complete the “Hemp Grower Registration Application” or the “Hemp Processor-Handler Application” on MDARD’s website. The cost for a grower license is $100 and a processor-handler license is $1,350. Abdo Law has a proven successful format for not only obtaining hemp licenses in Michigan, but also for license renewal on an annual basis. MDARD hemp licenses expire annually on November 30 and license renewal packets are sent out 60 days prior to the expiration of their license. There is no limit on the number of licenses issued or the number of acres grown in Michigan.

Why are Michigan Farmers Growing Hemp Instead of Corn or Soybeans?

In May 2019, Forbes covered a new study projecting that the collective market for CBD sales in the U.S. will surpass $20 billion by 2024. As with any other farm crop, revenue is dependent on yields and market prices. Generally, the lower the market price, the greater the yield must be for farmers to break even or make a profit. What makes hemp king of the cash crops is that market prices for CBD products bring far greater potential profitability than soy or corn. Moreover, hemp grows extremely fast and dense, able to outcompete weeds better than corn or soybeans. Hemp can also be planted relatively late in season, meaning farmers can till weeds in the early spring and then plant hemp on top of them. Thus, under the right conditions – farmers could avoid using herbicides entirely.

Industrial hemp enthusiasts assert that hemp has over 25,000 diverse uses. Ancient history dictates that hemp has been used as medicine throughout the world for centuries. Folk remedies and ancient medicines refer to curative values of hemp leaves, seeds and roots. The seed and flowers were recommended for difficult childbirth, convulsions, arthritic joints, rheumatism, dysentery and insomnia. During the middle ages, hemp had enormous socio-economic value and supplied much of the world’s demand for food and fiber. Sailing ships became dependent on Canvas (derived from the word cannabis), hemp rope and oakum due to hemp being 3 times stronger than Cotton and resistant to saltwater. Historical and modern hemp uses range from painting, printing inks, varnishes, paper documents, bank notes, food, textiles (original ‘Levi’s’ jeans were made from hemp cloth), lotions, oil, dog treats, and canvas to building materials. With modern technological developments, uses have increased to composite boards, motor vehicle brake and clutch pads, plastics, fuels, biodiesel and Eco-solid fuel.

History of Hemp Globally and in Early America

Hemp has been one of the most significant crops for mankind up until this last century. Archaeologists found a remnant of hemp cloth in ancient Mesopotamia (currently Iran and Iraq) which dates back to 8,000 BC. Hemp is also believed to be the oldest example of human industry. In the Lu Shi, a Chinese work of the Sung dynasty (500 AD), there is reference to Emperor Shen Nung (28th century BC) who taught his people to cultivate hemp for cloth. The Chinese were also first to recognize the usefulness of hemp in paper making. The oldest documents written on paper are Buddhist texts from the 2nd and 3rd centuries AD, composed of principally hemp.

Prominent American agriculturalists and innovators, including George Washington, Benjamin Franklin, and Thomas Jefferson, were interested in hemp as a raw material for the manufacture of rope, textiles, and paper. In fact, Early America’s Declaration of Independence was written on hemp paper. In the 18th and 19th centuries, industrial hemp became a staple farm crop as it moved west with American settlers. According to the February 1938 issue of Popular Mechanics (written early 1937), hemp was then on the verge of becoming “the billion-dollar crop.” However, in September 1937, the United States Congress, under influence of lobbying by synthetic textile companies and several other powerful groups who saw hemp as a big threat to their legacy businesses, passed the Marihuana Tax Act, which levied an occupational excise tax on hemp dealers. Later that year hemp production was banned altogether in America.

Practice Areas
Criminal Law
Client Reviews
★★★★★
The level of service exceeded my expectations, your devotion to my refusal to settle for a lessor misdemeanor was reassuring and inspired, and the team's creative interpretation of the law in finding a comparable civil infraction was legendary. It was a five-star experience. Thank you for refusing to settle when I was innocent of my accused crime. Satisfied Client, Assault Charge DISMISSED
★★★★★
Matt and his staff...turned a terrible situation in my life into a positive life learning experience. Not many court cases end up being a positive in life, but Abdo Law delivered just that. Going with their firm was the best decision I could have made and I owe them everything for turning my bad decision into a extremely manageable situation. Thank you Abdo law!!!! Bill L., Satisfied Client
★★★★★
The Abdo Law Firm represented myself during one of my biggest times of need in my life. They handled my cases with ease and met my expectations far beyond what I anticipated. Not only did they got one, but two domestic violence charges completely dropped. I would have been lost without this five-star Law Firm. Satisfied Client, 2 Separate Assault Charges DISMISSED
★★★★★
Abdo law FOUGHT and got my DUI kicked out of court when my job was on line. Five Stars! Satisfied Client, OWI DISMISSED
View More
Submit a Law Firm Client Review