JOSEPH A. CAMPBELL is an attorney specializing in criminal and drunk driving defense law throughout Metro Detroit and the state of Michigan.

Growing up in Macomb and Wayne County, Joseph A. Campbell is a passionate advocate for the people within Metro Detroit’s diverse communities. Joseph graduated with his B.A. in Social Relations and Policy from James Madison College at Michigan State University, and then went on to graduate at the top of his class from Wayne State University Law School. While at Wayne Law, Joseph was elected by his peers to serve as Student Governor for the class of 2017. Prior to graduating from law school, Joseph served as a judicial intern for the U.S. District Court, Eastern District of Michigan.

“The Abdo team of attorneys not only specializes in criminal defense law, but we have the greatest criminal law practice in Macomb County and arguably across the state of Michigan. We’re up-front, results-driven, and our passion is to uplift our clients out of their legal situation as judiciously as possible. We believe EVERY CLIENT deserves upmost respect as well as detail-oriented and passionate representation.”

As an criminal defense attorney at ABDO LAW, Joseph has spearheaded ​misdemeanor, felony and juvenile matters as well as drug crimes, drunk driving and public policy cases (false threat of terrorism, assault by strangulation) that resulted in ​favorable dispositions. ​ His most recent projects involve:

HYTA Law in Michigan: Everything Your Need to Know, Joseph A. Campbell, Michigan Criminal Lawyer Blog, May 14th, 2018

Under MI Law Your Child Can Be Charged with Possession of Marijuana As A Passenger In A Vehicle Even If The Marijuana Belongs To Someone Else, Michigan Criminal Lawyer Blog, May 31st, 2018

Founder of Greater Detroit Coalition, a nonprofit organization based out of Detroit’s Lafayette Park neighborhood with a mission of uniting and empowering Metro Detroit youth to achieve their dreams. 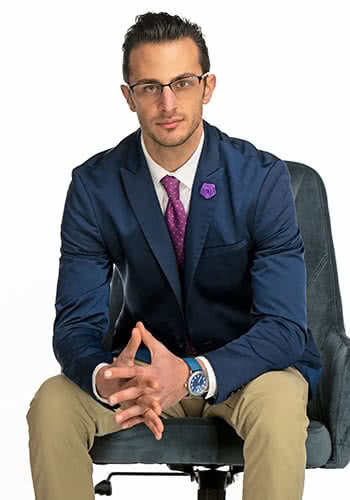