‘Everything you want in a lawyer.’
- Client Testimonial, click for more below

Most lawyers can’t wait to talk about themselves, Matt is much more interested in you. The prospect of being accused or charged with a crime can be overwhelming and confusing. Going up against the police, prosecutor, and courts may seem like all odds are against you. Having someone that will fight for you and work with you like Matt means you can breathe easy and KNOW he has your back. Central to Matt’s style of practice is building trust with clients, because Abdo Law puts your best interest first.

“Defending and assisting the accused in achieving or mediating an ideal outcome regarding their case requires experience, strategy and influence. The criminal justice system is not a “one size fits all” institution; unfortunately, many times this modality is what ends up determining the fate of a case. As legal issues are generally not black and white, a proper defense is invaluable in achieving fair results for anyone implicated in a criminal matter.”

Matt has specialized in criminal law his entire career. Matt doesn’t split his time between other practice areas, he is 110% focused on criminal advocacy. Matt is a dedicated criminal defense attorney, not a general practitioner. Matt was raised and mentored by one of the state’s leaders in the field, Cy Abdo, his father. In 2010, Matt and Cy formed the Abdo Law Firm. Matt doesn’t believe in hanging plaques in his office, but if you’re curious about his accolades he graduated top of his law class on an academic scholarship.

Experience? How does nearly 5,000 appearances in under 10 years of practice sound for experience? And, up until late in 2018, Matt had never missed one (no one’s perfect, you know).

Matt has worked expansively on criminal matters. If your case is a jury trial or fighting for a reduced sentence, Matt’s done it. Whether it be a DUI, driving under the influence of drugs, assault, controlled substance crime, CSC, theft case, prescription pill charge, fraud, or criminal driving issue - Matt’s done it. Tight deadlines, aggressive prosecution, capital crimes - Matt’s done it.

Moreover, Matt runs Abdo Law’s drivers license practice. At the tail end of criminal trouble involving drinking and driving, many clients are left without wheels to get around the Motor City. Since he has taken leadership of this specialization, Abdo Law gets more than 90% of its license clients back on the road.

In addition, with the help of Abdo Law’s newest partner Joey Justice, Matt is expanding his Firm’s litigation presence. Matt & Joey run “war room sessions” with clients who need attorneys to FIGHT their case. Regardless if it’s a Tuesday evening or Saturday morning, when a case needs fighting, they don’t aim for competence, they fight for the WIN. Furthermore, Abdo Law boasts jury trial experience and over 50 serious assaults KICKED out of court since 2015. Innocent? We believe you, and we’re ready to fight.

Abdo Law is based out of Clinton Township in the heart of Macomb County, where Matt grew up. “Attorney of record Matthew Abdo, P75058” is a regular on all of Macomb’s Circuit and District dockets. For Matt, the old adage “a good professional can work anywhere” rings true. Whether it be close to home in Downtown, Matt has practiced everywhere between the banks of the Detroit River and shores of Port Huron. And as it relates to the latter, Abdo Law does some of their best work in St. Clair County.

Below is the Abdo Law’s recent track record of proven consistent results. When you hire Abdo Law you hire a team, and Matt’s work on thousands of cases is reflected in these stats:

Matthew is an exceptional lawyer and human being who values his relationships with his clients and is held in high esteem amongst his peers. 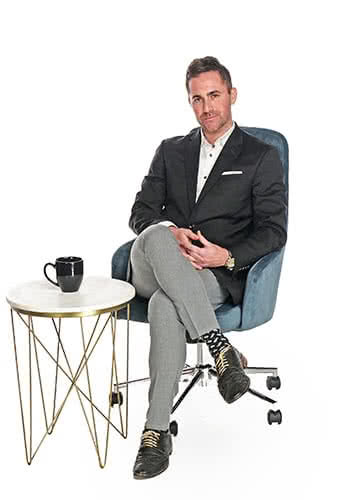